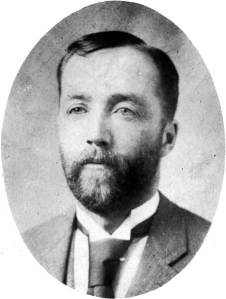 Robert Fern Lyons was one of the early settlers in the Carberry area after emigrating west from Ontario in 1879. He purchased one of the first lots when the community of Carberry was established, on which he built a department store which he operated until 1888. Lyons owned 2700 acres of land around Carberry and raised crops and livestock. A Conservative, Lyons was elected to the Manitoba Legislature five times between 1892 and 1914.

What interests me most about Lyons is the house he built near Carberry. Though long abandoned and disintegrating quickly, the crumbling mansion retains enough of the detail to suggest its original magnificence. Located about a km south of Carberry on Highway #5, the house is visible among the overgrown trees from the highway, its brick construction standing out against the prairie fields.

Below is a picture of the side of the Lyons mansion and the additions it had back in its hey day along with the list of early owners. Thanks to Kelly at Carberry Plains Museum. 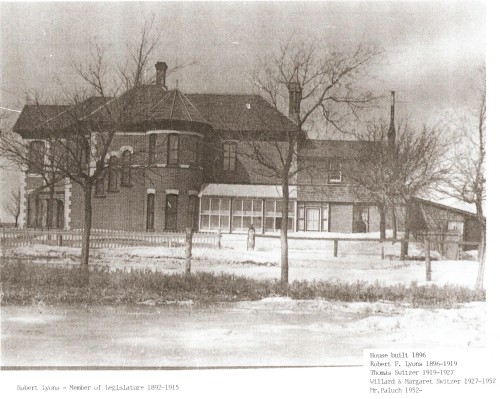 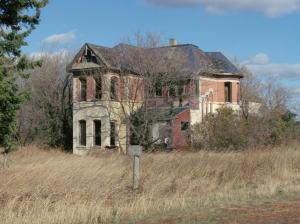 This picture (left) is what the house looks like today.

Built around 1895, the red and buff brick two-storey house combines elements of Italianate and Queen Anne architectural styles into a striking and luxurious pile. The first floor features buff brick, the second floor red brick, both laid in standard running bond. The commingling of both coloured bricks on the second floor is fluid and dynamic. The asymmetrical massing of the house, round segmental arches over the windows and the accent

quoins are all Italianate elements that give the house a villa feel. Queen Anne style is represented in the two-storey rounded rooms, the bargeboard and fish scale shingles on the gable ends, the ornate three arched windows, which I believe went up the stairway of the house, and picturesque roofline. The former Lyons farm yard still has the wooden barn collapsing into itself and a rusting car parked at the rear of the house. The interior picture shows how far the place has fallen from grace. It’s a shambles.

More pictures in this update.

Click on the pic of R. F. Lyons at the top of this article to explore his house inside and out in a 2:55 video. 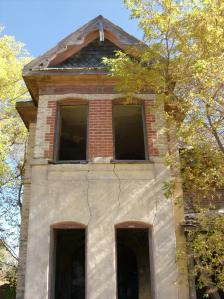 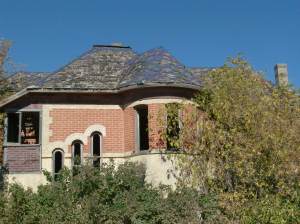 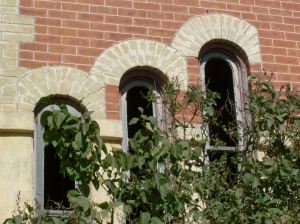 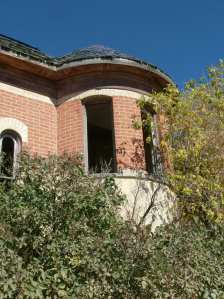 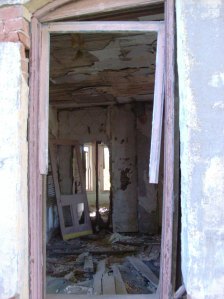 48 responses to “The Lyons House, Carberry”