Victoria, My Father and All of His Tobacco, They Loved You

Today is Victoria Day in Canada, a national holiday celebrating the life of Queen Victoria and her huge contribution to Canada! Okay…ummm.

To celebrate the occasion, in my heading I slightly reword Leonard Cohen for dramatic flare. Treason, you say? Now do you see the extremes we will go to celebrate Queen Vickie’s influence on our country? For the record the first line of Cohen’s Queen Victoria from his album Live Songs, released on April Fool’s Day, 1973,  is “Queen Victoria, My father and all his tobacco loved you.”

And here’s the rest of the lyrics:

“I love you too in all your forms, the slim and lovely virgin floating among German beer, the mean governess of the huge pink maps, the solitary mourner of a prince.

“Queen Victoria, I am cold and rainy, I am dirty as a glass roof in a train station, I feel like an empty cast iron exhibition, I want ornaments on everything, because my love, she gone with other boys.
“Queen Victoria, do you have a punishment under the white lace, will you be short with her, will you make her read those little Bibles, will you spank her with a mechanical corset. I want her pure as power, I want her skin slightly musty with petticoats will you wash the easy bidet out of her head?
“Queen Victoria, I’m not much nourished by modern love, will you come into my life with your sorrow and your black carriages, And your perfect memories.
“Queen Victoria, the Twentieth Century belongs to you and me. Let us be two severe giants not less lonely for our partnership, who discolour test tubes in the halls of Science, who turn up unwelcome at every World’s Fair, heavy with proverbs and corrections, confusing the star-dazed tourists with our incomparable sense of loss.” Hear Cohen sing his dirge. Sing along.

That’s the view of our dear Queen Vickie from a straight Montreal Jew. Now let’s check in with a young British bisexual from North London, Ray Davies of the Kinks, for his take on Queen-Vic-Wah with the lead-off track from the Kinks 1969 concept album, the very brackety Arthur (Or the Decline and Fall of the British Empire), called Victoria, a much less sombre ditty:

“Long ago life was clean. Sex was bad and obscene. And the rich were so mean.

Rather than singing tributes to Miss Vickie, Canadians usually celebrate the first long weekend of the summer with beer, fireworks, the previously-mentioned mechanical corsets (available every summer weekend at the flea market in Watrous, SK) and blood rituals at sunset and sunrise. 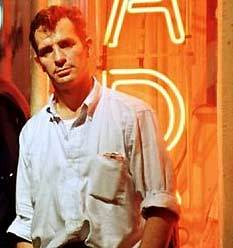 Jack Kerouac successfully drank himself to death on this day in 1969. After years of alcohol abuse, his liver wouldn’t let his blood clot and he bled to death. He was 47. From On The Road:“[…] the only people for me are the mad ones, the ones who are mad to live, mad to talk, mad to be saved, desirous of everything at the same time, the ones who never yawn or say a commonplace thing, but burn, burn, burn like fabulous yellow roman candles exploding like spiders across the stars and in the middle you see the blue centerlight pop and everybody goes ‘Awww!’ What did they call such young people in Goethe’s Germany?” From The Dharma Bums: “Down on the lake rosy reflections of celestial vapor appeared, and I said, ‘God, I love you’ and looked to the sky and really meant it. ‘I have fallen in love with you, God. Take care of us all, one way or the other.’ To the children and the innocent it’s all the same.” and “Happy. Just in my swim shorts, barefooted, wild-haired, in the red fire dark, singing, swigging wine, spitting, jumping, running—that’s the way to live. All alone and free in the soft sands of the beach by the sigh of the sea out there, with the Ma-Wink fallopian virgin warm stars reflecting on the outer channel fluid belly waters. And if your cans are redhot and you can’t hold them in your hands, just use good old railroad gloves, that’s all.” A few other random thoughts from Jack’s fertile consciousness: “I’m going to marry my novels and have little short stories for children.” and “My fault, my failure, is not in the passions I have, but in my lack of control of them.” and “My witness is the empty sky.” and “Don’t use the phone. People are never ready to answer it. Use poetry.” Ultimately, “I’m writing this book because we’re all going to die.” Watch my short video homage to Jack. What’s with deathday?

Tickets hadn’t sold very well until the day of the festival when it was announced that John Lennon would be appearing with a pick-up band. The stadium filled up quickly and updates came every half an hour about the plane carrying Lennon and band. Chicago and Alice Cooper were just starting their careers and all I remember about Alice was something to do with live chickens. I never cared much for Chicago’s music but the rest of the line-up brought musical depth to the day.  The four old boys – Gene, Jerry Lee, Little Richard and Chuck – were full-out rocking with Little Richard stripping down to a pair of wild shorts while assaulting the piano.

One whole section of the bleachers was reserved for bikers because they served an important duty that day. Both Lennon and his band and the Doors were formally escorted into downtown Toronto from the airport by a phalanx of bikers thus earning them their own section in the stands.

Lennon’s pick-up band for the gig was top-notch with Eric Clapton on guitar, Klaus Voorman (who designed the Revolver cover) on bass, Alan White (who’d sat in for ailing Ringo during the Beatles’ Australian tour) on drums with Lennon and Ono on vocals. The resulting set became the album Live Peace in Toronto 1969, not Lennon’s best music but certainly some of his rawest.

This picture by Emil was taken at the festival. The white thing on stage next to Lennon is idiot Ono screeching in a bag, making John look as ridiculous as possible, which was her task from the beginning. D. A. Pennebaker shot a film of the event called Sweet Toronto.

When I started at Ryerson I did concert reviews for the alternative weekly newspaper The Eyeopener. I was usually joined by Emil who was taking photography at Ryerson. Emil and I had never met anyone quite like each other before and we hit it off right away. We were opposites who attracted. He’d never met a hippie country boy with a rural prairie upbringing and I’d never met a sophisticated Greek photographer who came from an enormously wealthy family and always wore crisp white shirts, black slacks, smoked Gitanes and had a cowlick curl that fell over his forehead. Though not one of his best shots, Emil’s grainy picture of John Lennon matches the music of the day.

Lennon ended the set with Give Peace a Chance which the entire audience continued to sing for about 20 minutes after the band had left the stage. It was a beautiful eerie moment filled with possibility and promise. The Doors ended the day coming on stage about 2 a.m. and offered a violent and self-destructive show with Jim Morrison, then overweight with full beard, leaping into the air and coming down on his knees making great cracking sounds. This interview from around the time shows Morrison’s state and gives a bit of background on his interest in shamanism.