Linda and The Boss 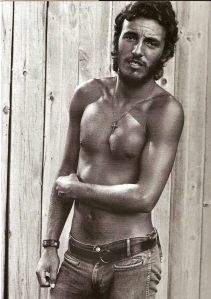 Linda was a huge Bruce Springsteen fan and I am thrilled to say I was the one who turned her on to Bruce. Then Bruce turned her on and then she turned me on. You’ll understand what I mean a paragraph from now.

Unwittingly, Bruce provided a transforming moment in the lives of Linda and Reid. Born to Run, Springsteen’s consummate rock album, came out in late August 1975. That fall Linda and I started hanging out since we lived about five blocks from each other in Winnipeg’s Osborne Village. She had never heard the album until one afternoon in my basement apartment on Clarke Street just off River Avenue. Of course, we played it much too loud as my upstairs neighbour was stomping on the floor. During Jungleland, the last track on Born to Run in the middle of Clarence’s enthralling sax solo, Linda kissed me for the first time as we sat on my couch. Strong, sudden and right on the mouth, I think we were both a little surprised but Linda knew what she wanted. The decision had been made, the die cast, The Boss winked. 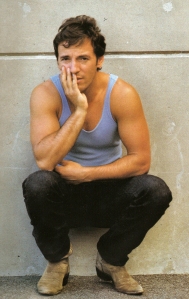 Although Bruce has never played a concert in Winnipeg (surely a modern anomaly in dire need of rectifying), Linda saw four of his concerts, two in Toronto, two in Minneapolis. I was with her at two of these magical events with Bruce performing for over three hours, leaving band and audience exhausted and exhilarated.

Bruce, you electric cupid in tight jeans, thank you for your charismatic intervention not just in our lives but in the lives of many others. In Toronto, our friend Sharon connected with a fellow named Craig due to Springsteen’s nonchalant matchmaking and they are still together over three decades later. Then there’s the story of how Linda, with divine and benevolent assistance from The Boss, utterly changed the life and fate of Stu Reid, ultimately mating him with his loving life partner Kathy. 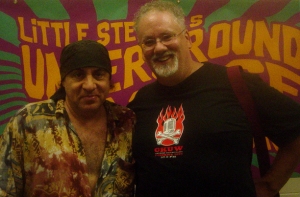 Stu hosted E Street Radio’s fan show on satellite radio yesterday, Friday, February 4 and begins with when he first heard Bruce, which is where Linda comes in. I was moved to tears by his words. Hear Stu tell his story by clicking on the link under the Bruce picture at http://www.twangtrust.ca/ Stu does a great show on CKUW-FM called Twang Trust every Wednesday evening from 6 to 8 Central Time. It’s on his website, too.

Another part of Linda’s legacy comes to light. She made a difference, in many ways in many lives, and continues to do so. Thank you, Stu. Thank you, Linda. 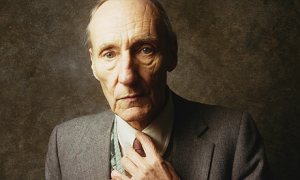 WILLIAM S. BURROUGHS once said, “”A paranoid is someone who knows a little of what’s going on.” The Green Hotel takes you to Burroughs crossing generations.  He said, ” Happiness is a byproduct of function, purpose, and conflict; those who seek happiness for itself seek victory without war.” and “Nothing is true, everything is permitted.” and “Your mind will answer most questions if you learn to relax and wait for the answer.” Vegetable people. Bill was born today in 1914. Not dead/Dead since August 2, 1997